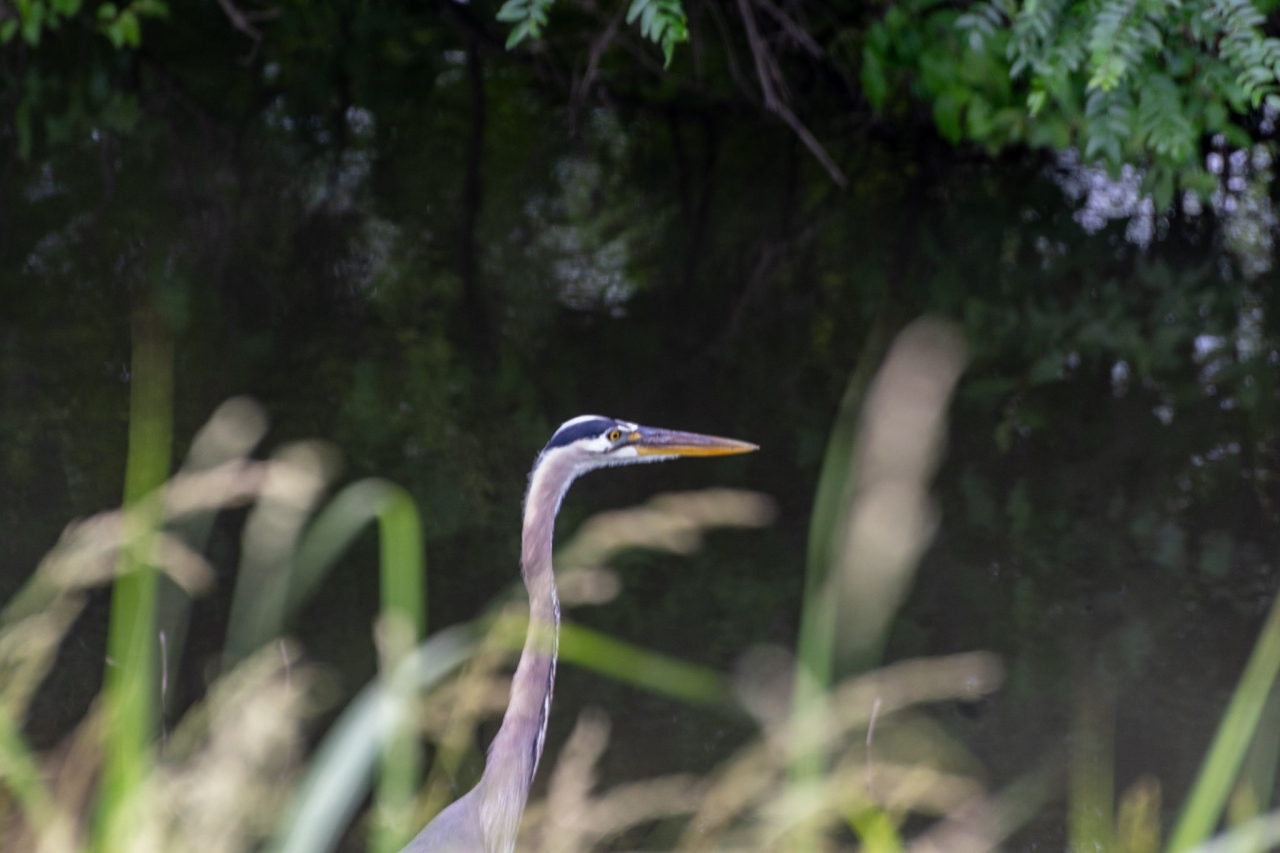 So if you follow me on Instagram you have already seen these pictures. I decided to take a walk around Mermet lake, which happens to be a 5 mile loop. Camera in hand I took off to see what I could shoot.

There is nothing really photogenic about this old boat dock. This was more of a personal shot for me as it brought back many memories of my father-in-law and I launching his boat from this ramp for long fun filled days of fishing and bad jokes. 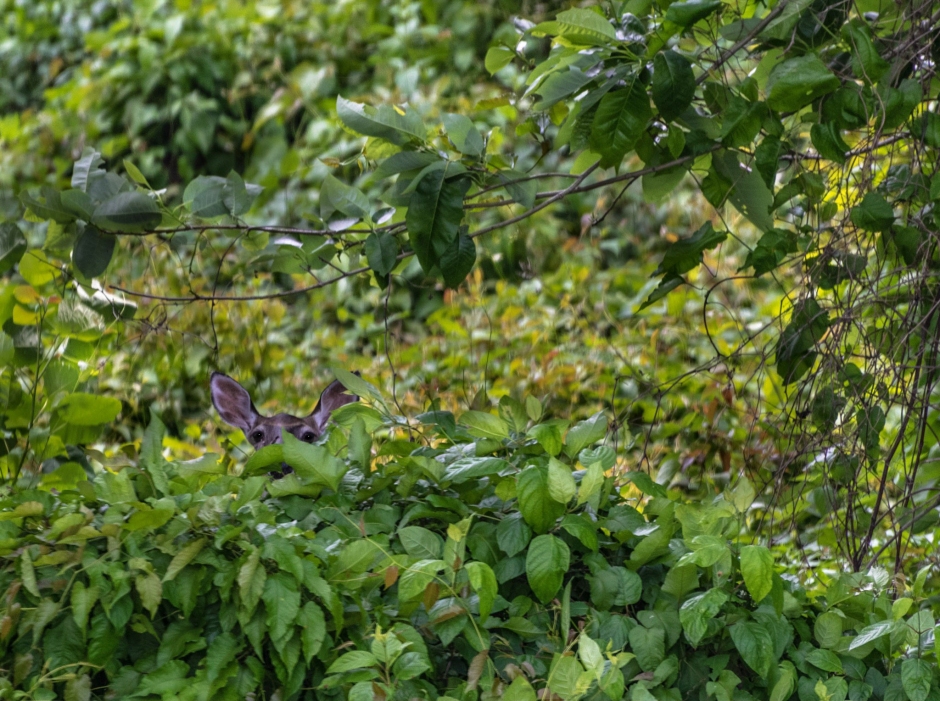 I saw quite a few deer on this trip. I was surprised as it was during the heat of midday. This one gave me my favorite deer pic as she appeared to be playing peed-a-boo with me. The rest were a little out of range or mooning the camera as they jumped away.

Now during this walk one of the thinks I really wanted to captue was this guy. 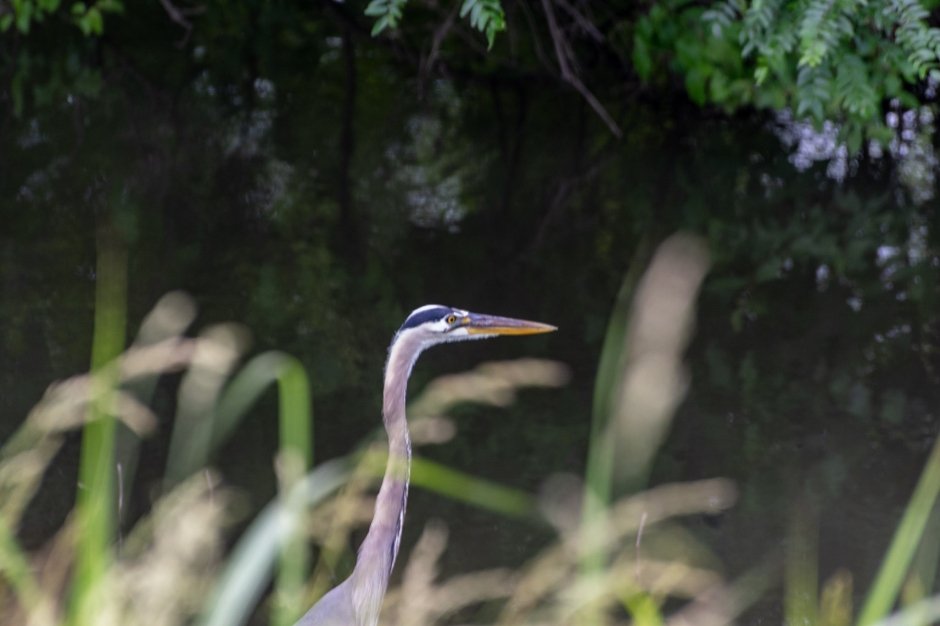 Fortunately there were a couple of these Heron around and I was able to capture a few shots I was quite proud of. 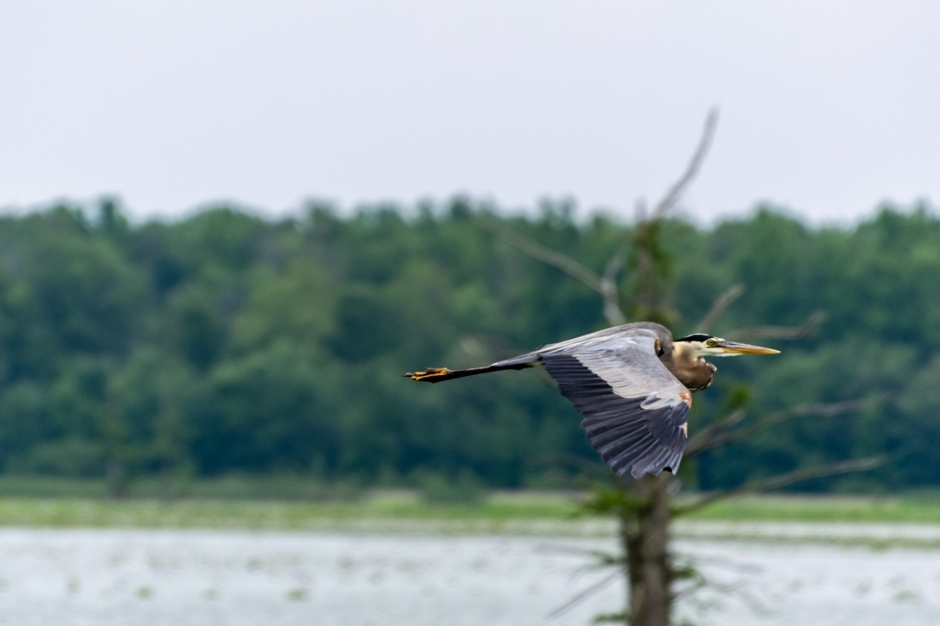 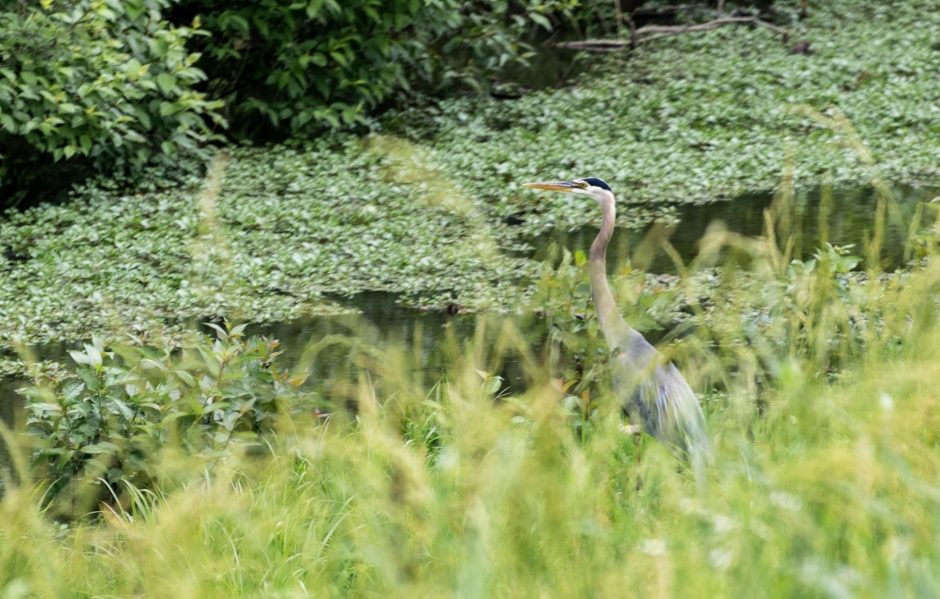 With the multiude of dragonflies that were around you would think it would be easy to get a picture. WRONG! Those little suckers just don’t sit still. This guy stopped on the gravel road long enough to let me get this shot from above though 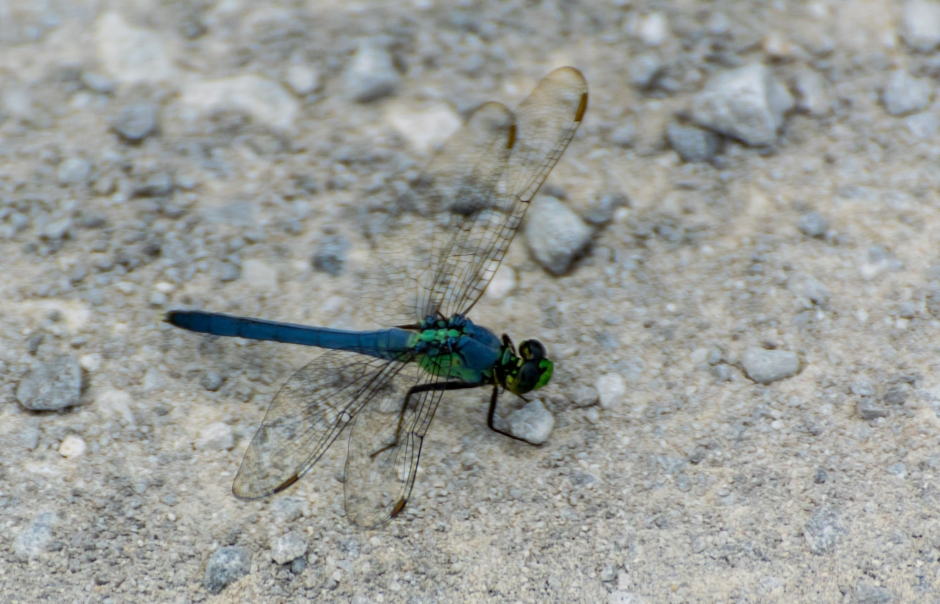 With all this heat and walking I did take the time to stop and check out the flowers though. 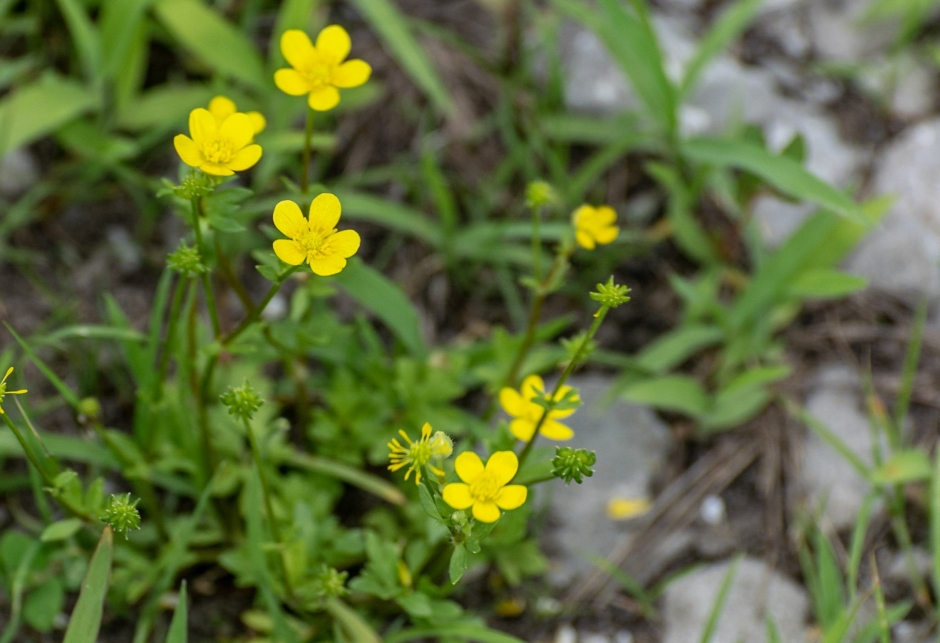 Along the last stretch of road along the lake something kept quickly splashing into the lake just before I could get to see what it was. This happened a few times on the last half mile. I was unable to get a pic before making it back to my truck. 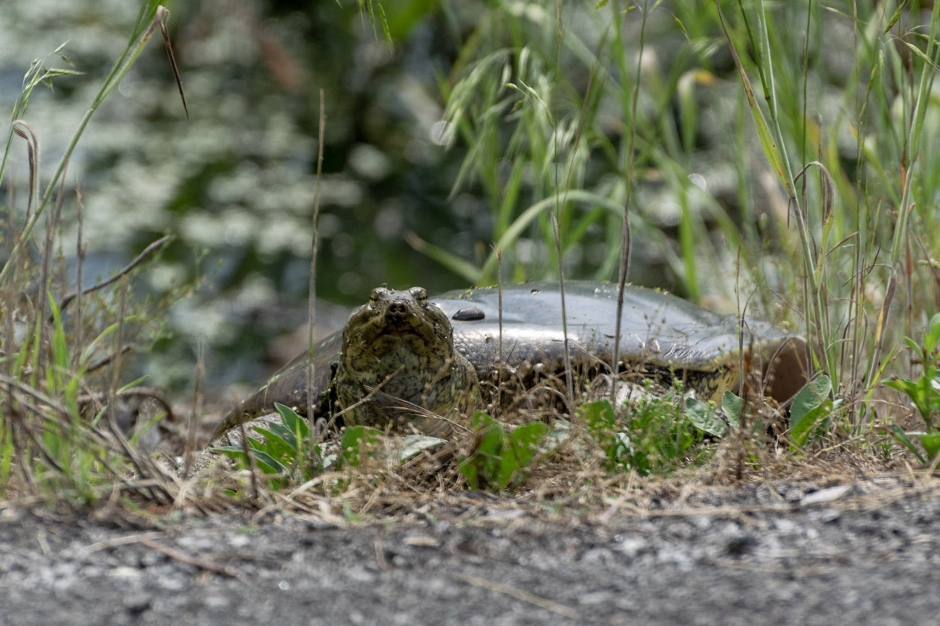 Then on the way out I spotted this guy. Sunning himself on the edge of the bank. I’m glad I snapped this one when I did. As I opened the door, with a quickness not expected from a turtle, with a familiar splash it was gone back to the depths.

It was a beautiful walk around the lake. Even being in the heat of the day I was still able to capture quite a bit of wildlife. Get out grab a camera or your phone and go for a walk. You’re bound to see something.