Driving all around the mountains of the Alamogordo / Cloudcroft / Ruidoso New Mexico are there are elk crossing signs every where. As time went on I was beginning to get a little frustrated. I mean I now what things are like in deer country if you drive around for a week you will see deer period. Apparently their area is so vast that the elk don’t have to just hang out by the road, gee how selfish of them. 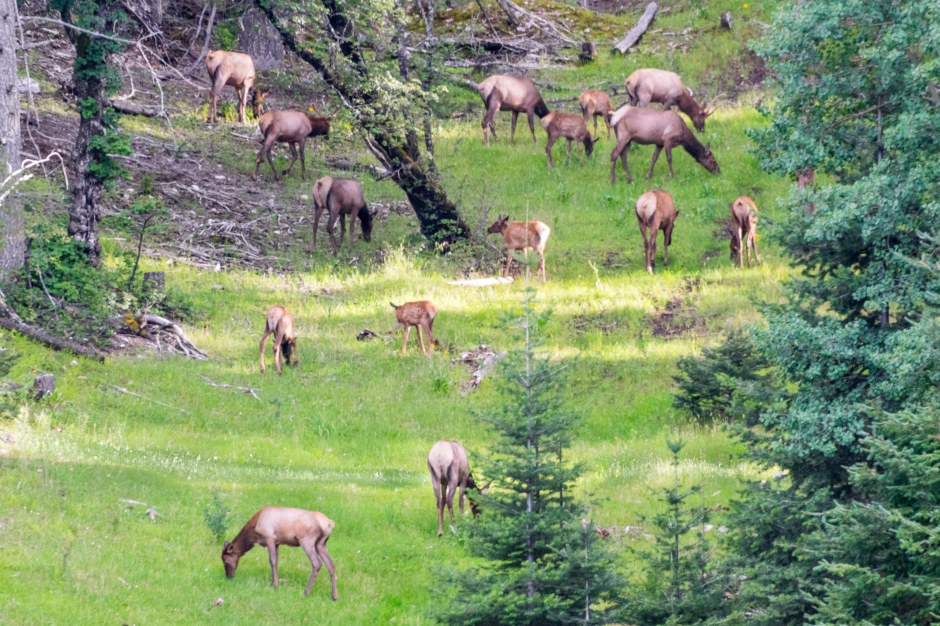 Well apparently my complaint was issued and one afternoon leisurely driving around the mountains and taking in the breath taking endless views. There they were a heard of about 20-25 elk grazing in an opening. Fortunately for everyone I wasn’t driving that probably would have caused an accident. As for the actual driver he eventually found a place to stop. Who would have thought it would be hard to find a place to pull over when driving mountain roads. A short little walk down the road and there they were. 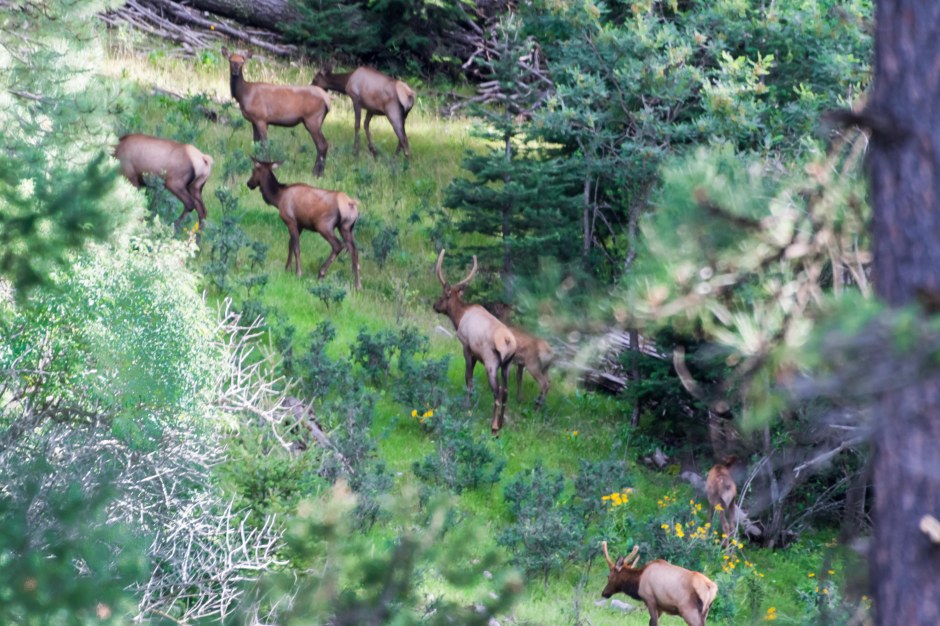 Bulls and cows both along with some younger ones. It was a blast to watch these huge creatures. They were slightly spooked by our presence but not to the point where they ran off. They just started slowly moving and grazing away from us. Unfortunately for me that lends itself to a lot of pictures of the rear ends of elk.

It was a blast snapping pictures. Listening to the heard talk to each other was a treat as well. The eire high pitched bugle from such a large animal. The sound just doesn’t fit the animal. I wish I had grabbed my tripod for some clearer shots but this just gives me motivation to get out there and do it again. Maybe next time I will do my due diligence and trek up into the mountains and patiently stalk them so I can take some closer pictures and more detailed pictures.